The term “ekphrasis” isn’t one you often hear in normal conversations. Yet it’s an interesting concept that hints at an underutilized source of creative inspiration that we ought to perhaps be paying more attention to. 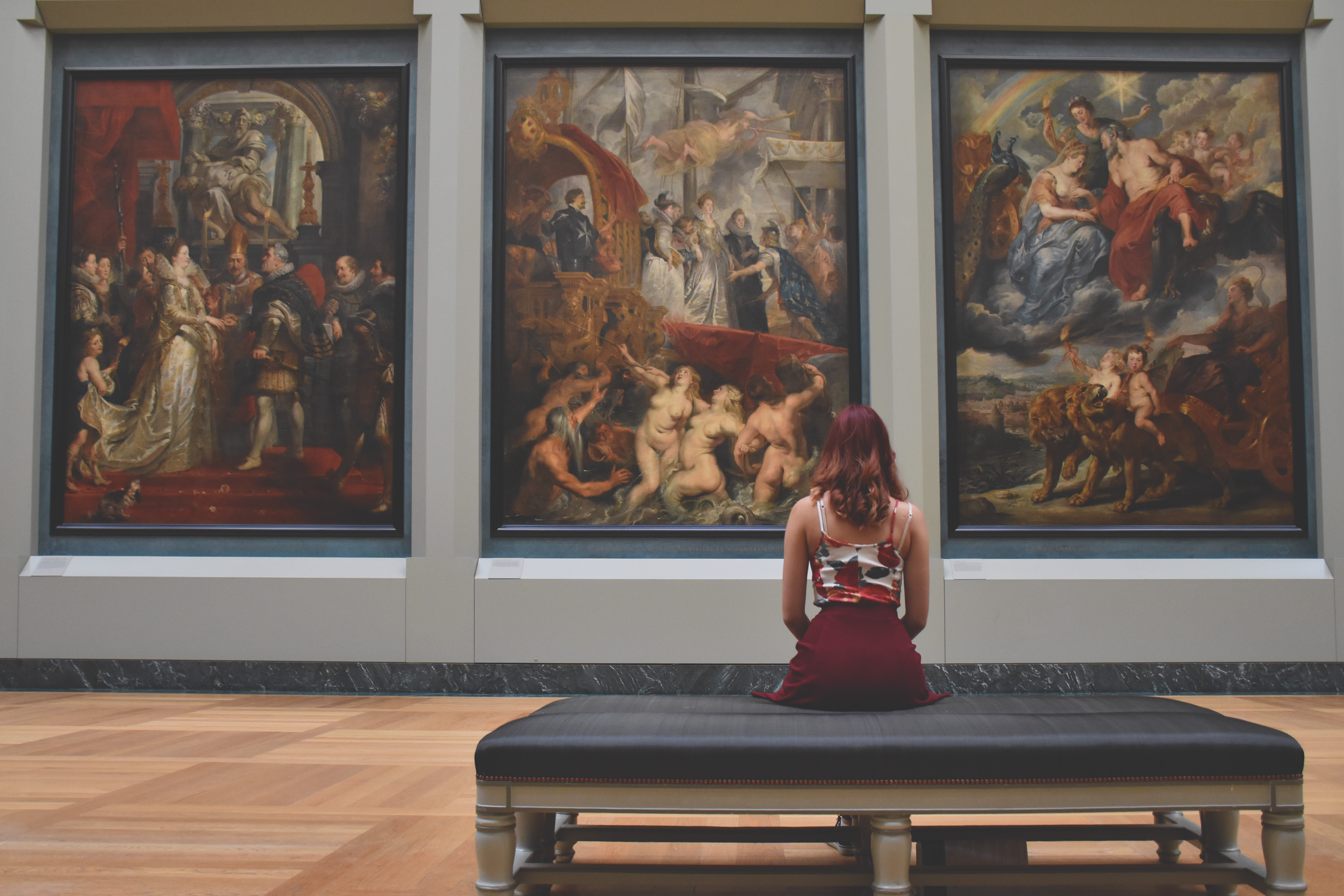 What is this ekphrasis? Generally, it’s a term from the Greek used for a piece of writing that’s inspired by or reacts directly to a piece of visual art, going into detail about the piece itself and expanding on the writer’s own personal interaction with the piece and beyond. (See Poetry Foundation’s definition for a more in-depth description.)
If you’ve ever read (or been forced to read) John Keats’ “Ode on a Grecian Urn,” you’ve experienced ekphrasis at work. Love it or hate it, the man was so moved by an urn and what it depicted that he created something himself directly in response to it. A more reader-friendly example is W.H. Auden’s poem “Musée des Beaux Arts,” which explores its speaker’s thoughts and conclusions on humanity and tragedy as he views scenes in several famous paintings.
Though it’s not often discussed outside of literature courses (probably because it’s a literary term), ekphrasis and the underlying creativity implied in the term is a something that ought to be discussed more in non-academic circles. The process of experiencing a work of art fully, allowing it to move you, and entering into conversation with the artist and the work in your own reactionary piece is a creative gold mine. Visual art isn’t static, and its viewers’ reactions shouldn’t be, either. A great work of art should continue to spark creativity in its viewers.
The creativity implied in being ekphrastic (that’s a fun word) should go beyond just the interaction of literature and art. Art viewers and makers across creative disciplines and media should be encouraged to react to pieces of all kinds. Poets, painters, and all kinds of creatives can gain entirely new perspectives by choosing to explore disciplines beyond their own. Getting outside the comfort zone of your chosen medium and reacting to what you discover can often yield impressive results. Whether you’re a poet who frequently ventures to contemporary art galleries, a songwriter who’s moved by film, or a painter who’s fascinated with dance, creativity will inspire creativity.
At the end of the day, ekphrasis is just an academic, highbrow term for a simple concept: finding creative inspiration in a variety of media and in the unfamiliar or unexpected encountered there. Which is a creative practice we ought to try to adopt and employ more frequently.


Visual art isn’t static, and its viewers’ reactions shouldn’t be, either. A great work of art should continue to spark creativity in its viewers.

This site uses Akismet to reduce spam. Learn how your comment data is processed.